White-nose syndrome (WNS) is a serious and deadly disease that affects species of hibernating bats. Millions of bat populations have already been wiped out due to this deathly syndrome, which is immensely sad considering the high ecological and economic importance of bats. Fortunately, there are valiant efforts currently being made to slow the spread of, and eventually put a stop to, this terrifying bat disease.

Continue reading to learn more about what’s being done to save our bats from White-nose syndrome.

The White-nose syndrome (WNS) diseases is caused by a fungus called Pseudogymnoascus destructans (Pd). This fungus appears in the form of white fuzz or powder around the snout of bats, hence its moniker. Because Pseudogymnoascus destructans grows best in cold, dark, damp locations, hibernating bats are prime collateral damage since they tend to inhabit caves and similar areas with cold, damp conditions.

White-nose syndrome fungal spores can survive on surfaces for an extended amount of time, and can spread rapidly among bat colonies throughout the country. One of the first discovered cases of white-nose syndrome occurred back in 2006, when a cave explorer took a picture of a bat in a cave outside of Albany, New York. Today, the disease in found in bat populations all across the United States.

Current Efforts to Find a Solution

Although various bat populations have been affected by this deadly diseases, the top three species that suffered the most include Northern long-eared bats, Little brown bats, and Tricolored bats. Unfortunately, there is no cure for white-nose syndrome, but efforts are continuing to preserve and protect our healthy bat colonies from becoming infected.

Currently, vaccines are being tested, and several experimental treatments are being implemented, to find a solution to this ecological problem. Furthermore, studies are being done to investigate and evaluate the spread of white nose syndrome, and learning how to make positive environmental and habitat changes for bats.

Bats are an incredible mammal, and offer numerous benefits to our surrounding environment and ecosystems. However, if you are experiencing nuisance bat problems, contact a Kentucky bat removal and control company for safe and humane service.

Call 553-502-7622 for prompt and professional 24 hour bat removal and control in Louisville, Kentucky and its surrounding areas. We are DNR licensed bat removal contractors that offer safe and non-lethal, 24 hour bat extraction and exclusion services for residential and commercial properties. We also provide bat cleanup and minor attic restorations for bat damages too. Request a free estimate, anytime. 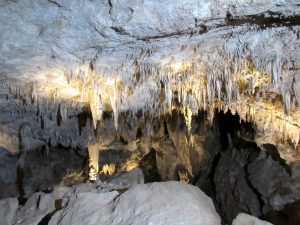 Bats are misperceived by most. What is typically thought of as a pest, is actually a mammal with a vital role in our surrounding environments. Bats should be protected and preserved to the best of our abilities, and for many important reasons. Unfortunately, a disease known as White Nose Syndrome (WNS) is affecting millions of bats all across the country, and has resulted in a devastating decline in bat populations. Continue reading to learn why you should care about this fatal bat disease.

White Nose Syndrome was first discovered in 2007 in the Northeastern parts of the United States, and has continued to spread throughout the continent. More than 25 states have been infected by this disease since 2008, as well as, a handful of Canadian provinces. Some common species that have suffered a significant impact in population density include the Little Brown bat (Myotis lucifugus), the Northern Long-Eared bat (Myotis septentrionalis), the Virginia Big-Eared bat (Corynorhinus townsendii virginianus), the Gray bat (Myotis grisescens), and the Indiana bat (Myotis Soladis).

So What is WNS?

It is a fungal disease that seems to solely target cave-dwelling, hibernating bat species. It appears in the form of a white film around the muzzles, ears, and wings of bats. Although it looks unsuspecting, it causes major problems for bats. It comes from the fungus Pseudogymnoascus destructans, which inhabits the skin of a bat. It is a “psychrophilic” fungus, meaning it prefers cold, damp environments (usually between 39 and 59 °F), where it thrives best. Perhaps this is why cave bats are common victims.

White Nose Syndrome affects bats negatively by disrupting torpor (temporary hibernation), thus causing changes in their behavior that is not favorable for their lifestyle. Primarily, it makes bats more active than normal, causing them to burn excessive calories and lose body fat. And without proper body fat stores, they cannot survive the winter season.

Bats serve a vital ecological importance. The role they play in insect control is massively significant to our local economies, health, comfort, and more. A single bat can consume more than 1,000 insects in just one night. Now keep in mind that bats are not solitary mammals. They live in colonies that can be in the hundreds or thousands. That is an extensive amount of insect extermination for a town!

The amount of insects bats consume contribute to our healthy crops, which help farmers and more earn money; money that is then distributed back into the local economy, keeping everyone happy! Furthermore, their contribution to pest management keeps our backyards and outdoor activity areas free of pesky mosquitoes and other biting insects, which can spread diseases or cause illness.

There is no cure or treatment for White-Nose Syndrome. However, researchers, biologists, and scientists all over the world are working on managing the spread of the disease and discovering a means to an end. Although there is no way to cure this disease, there are many ways to continue protecting bat populations. Do you part by vowing to never touch, trap, harm, or kill a bat under any circumstances.

If You Find Bats On Your Property…

Call 502-553-7622 for prompt and professional Louisville bat removal and control you can trust. We are DNR licensed wildlife control contractors who provide residential and commercial bat removal services at competitive prices. Whether you have one bat or an entire colony, we are fully equipped to manage any job regardless of size or scope. Request a free estimate or advice, anytime.

Under the endangered species act, the United States Fish and Wildlife Service added the Northern Long-Eared Bat to the list of threatened species in our country. The ruling when into effect in May of this year.

The difference between “threatened” and “endangered” is significant. A threatened species is predicted to become endangered in the foreseeable future; whereas an endangered species is soon to be extinct.

Although not yet facing extinction, this is a sad year for this incredible species, and we should take some time to learn more about Northern Long-Eared bats and why their populations are facing endangerment.

The Northern Long-Eared bat, formally known as Myotis Keenii, is commonly referred to as Northern Myotis or Myotis septentrionalis. It is a small bat native to North America, averaging sizes no more than 3 to 5 inches and weighing no more than an ounce or two. They are primarily found in the Mid to Eastern parts of the country, starting in states like Iowa, Missouri, Illinois, Indiana, Kentucky and Tennessee, down through the Carolinas and even Alabama, and all the way up to Main and Canada.

Northern Long-Eared bats dwell in caves and wooded forests, roosting in trees during the day and searching for food at night. Being nocturnal, they are mostly active during the dusk, evening, and early morning hours, and then rest during the daytime. After a few days, they switch roosting areas, so they are often in search of new shelter at night as well.

As microbats do, they eat a wide variety of small insects, like moths, mosquitos, beetles, flies, gnats, and more. In the fall they migrate to caves and other similar locations to hibernate for the winter in populations of 100 bats or more. Emerging in March or April, Northern Long-Eared bats then breed and raise their young though the spring and summer.

White-Nose Syndrome is to Blame

One of the conclusions scientists and researchers have come to regarding the downfall of the Northern Long-Eared bat is that disease is the threat. White-Nose Syndrome (WNS) is a common disease that spreads easily and quickly among bat populations, and most all bats are at risk of contracting the illness. This disease seems to be the reason why this species of bat have now become a threatened one.

White-Nose Syndrome is a fungal disease that attacks the bat’s skin. It is caused by the fungus Pseudogymnoascus destructans and can be detected by a visible white fungal growth around the wings, snouts, and muzzles of bats; hence the moniker. Assumed to come from Europe, this disease is now wide-spread throughout North America and has wiped out over 5 million bats in just the past four years. White-Nose Syndrome can kill up to 98% of a bat population at a time. It is a serious threat to all species of bat, and mammal as well.

Protect Bats and Your Home

It is important to never harm, kill, catch, or trap bats under any circumstances. Not only are they an imperative part of our natural surrounding Eco-system, it is often against the law to do so anyway. If you have a bat in the attic, or bats around your house, it is best to call a professional wildlife removal company for safe and legal assistance. They use non-lethal methods to exclude bats, prevent future bat problems, and relocate bats to a faraway habitat.

Call 502-553-7622 for prompt and professional bat removal in Louisville, Kentucky. We are DNR licensed and experienced wildlife rescue and control specialists that only use safe and humane methods of bat exclusion. We offer a wide range of services for residential and commercial properties, including minor structural damage repairs, bat removal and control, bat cleanup, bat proofing, and more. Call 502-553-7622 to learn how to protect bats and your home from bats in Louisville, KY and its surrounding counties.

Bats are prone to various illnesses and diseases, just as all living creatures. But there is a disease that seems to only target cave-dwelling, hibernating bats. This disease is called White-Nose Syndrome (WNS) and it has killed thousands of bats. It was first discovered in early 2007 in New York. Bats at that time started evincing unusual behavior, like neglecting to hibernate or remaining active during the daytime in cold weather. This was an indication to scientists and researchers that something wasn’t quite right. After years of liberal investigation and testing, White-Nose Syndrome was given a name.

It started in the Northeastern parts of the United States, and continues to spread to the central parts to this day. More than 25 states have been infected by this disease since winter 2008, as well as, a handful of Canadian provinces. White-Nose Syndrome causes a growth of white fungus all over a bat’s body, including the ears, muzzle, and wings. This is where the name, “White-Nose” comes from.

When a bat is infected with White-Nose Syndrome, on top of white fungus growth on its wings and muzzle, it might also demonstrate certain signs and symptoms. For example, when scientists are determining whether or not a bat is infected, they will look for microscopic pattern of skin erosion, but they will also consider a bat’s behavior as another key identifier of the disease. When bats are not hibernating as they should, or flying far from their roosts in cold or hazardous weather, they are showing common signs of the syndrome. This doesn’t mean that all bats flying far from their hibernation roosts in cold weather are infected, it simply means that infected bats often evince this particular behavior. Severe emaciation is another indicator.

Several organizations and governmental departments are working together to stop this disease from plaguing even more bat colonies than it already has. The USGS National Wildlife Health Center, the U.S. Fish and Wildlife Service, ivy league collegiate teams, and more have all collaborated to find a means to control this disease.